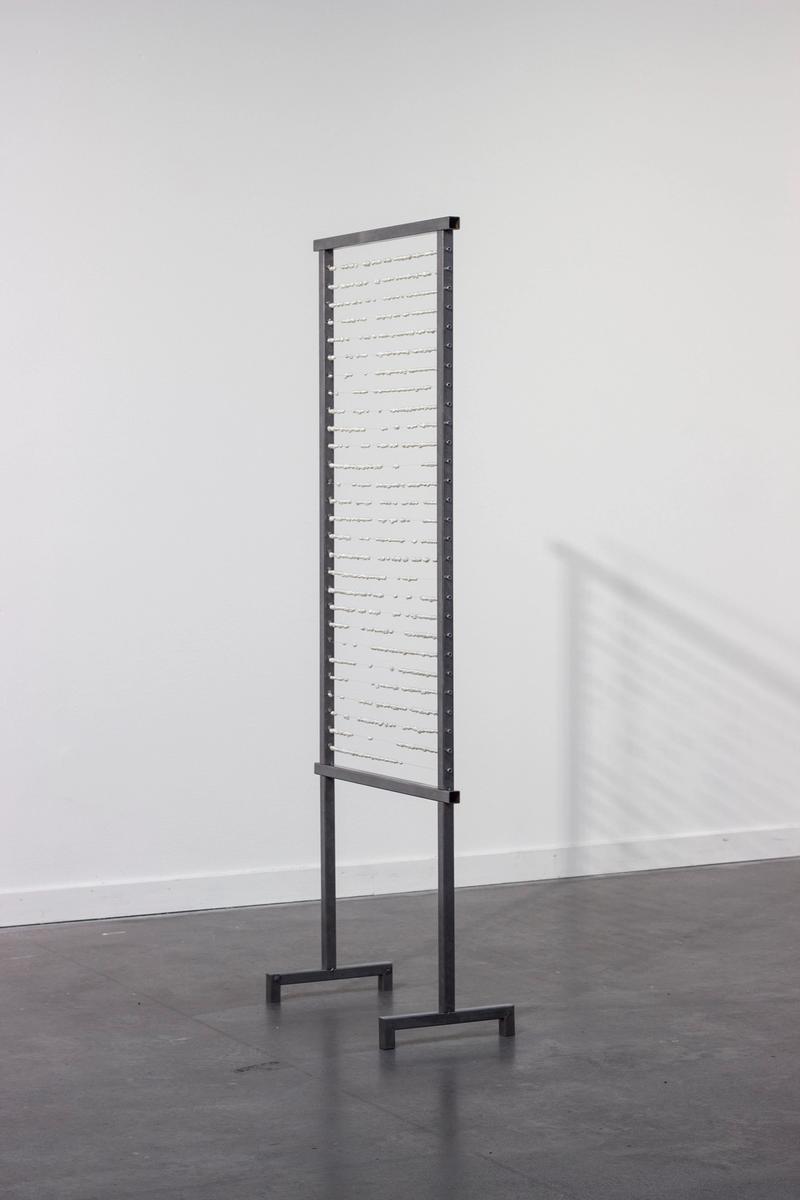 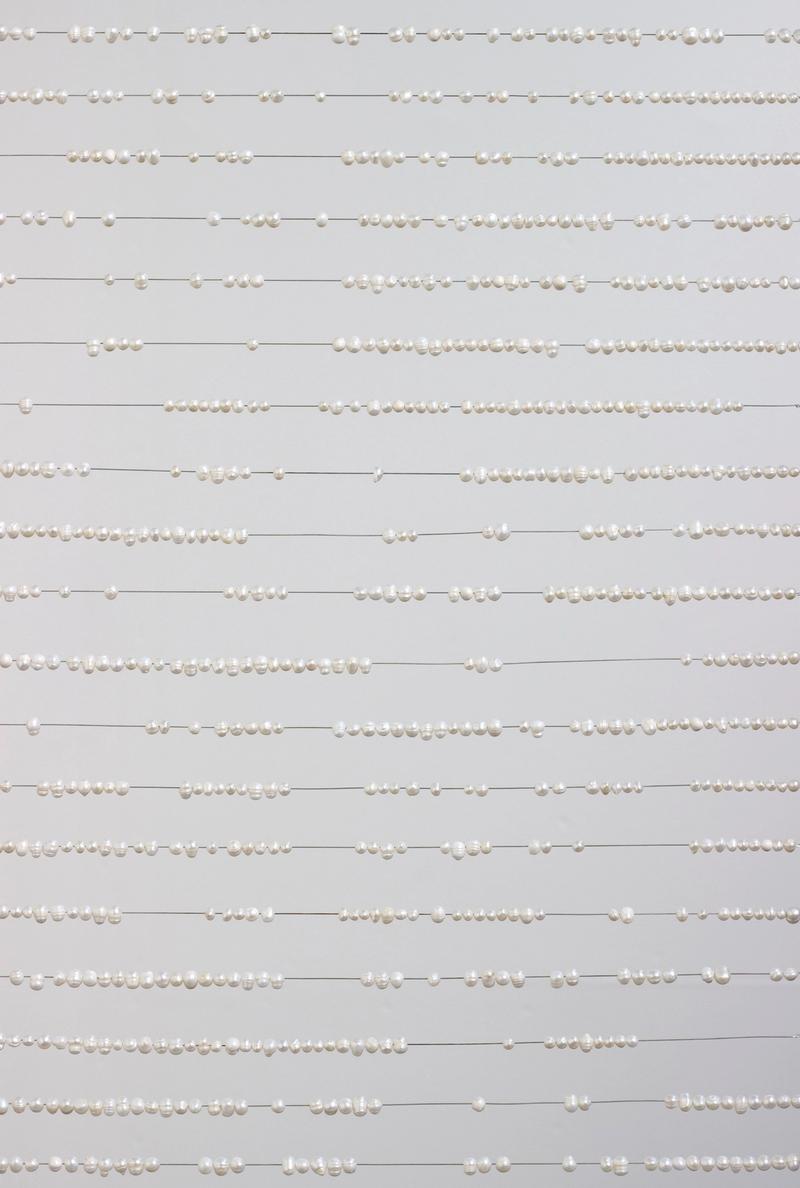 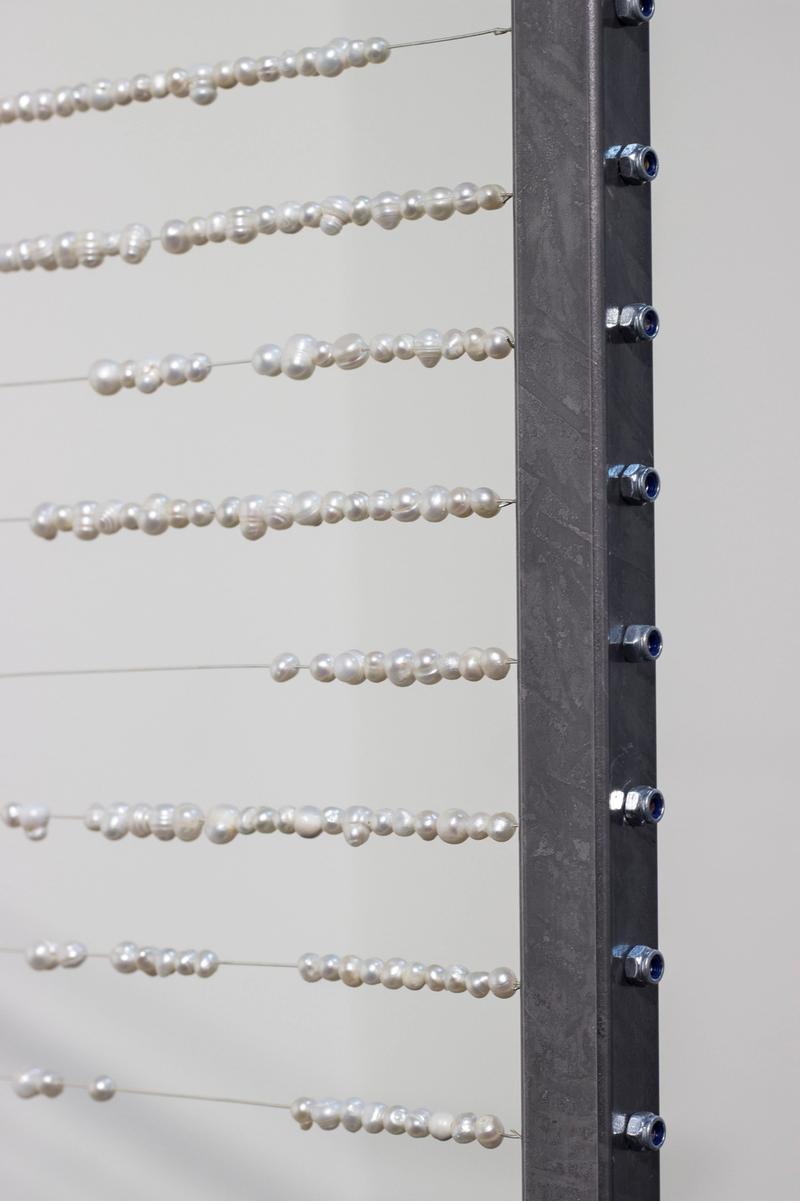 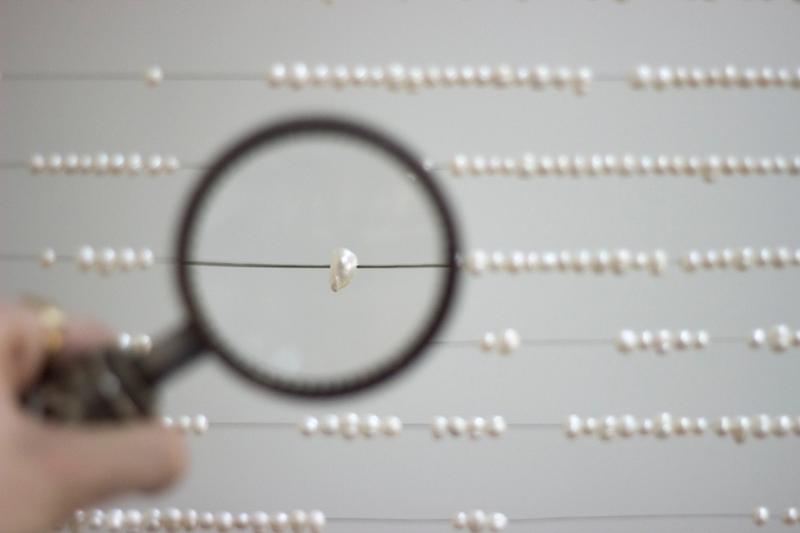 Pearls are formed in sea animals, such as mussels and abalones, as a defense mechanism against foreign objects that enters the animals shell. If the threat can’t be expelled, it is slowly sealed within thin layers of mother-of-pearl until a form of tumor is created, a protective cover that both isolates and integrates the foreign body with it’s own.

The first cultured pearls were successfully produced in the late 19th century, as bred mussels where injected with small pieces of shells. This procedure involves a great deal of stress for the mussels and very few survive more than one cycle in the production chain. Previously a mysterious and unusual phenomenon of nature that only adorned the rich and powerful, pearls suddenly became a systematic, mass-produced product that was exported in millions around the world to the broadening middle class.

The pearls used in this particular work are second-rated, cultured pearls that originates from China. Due to poor luster, small size, discoloration or uneven shape they have not been considered to fill the criteria of high quality pearls. Stretched on wires they form a kind of morse code of materialized pain, a tactility that speaks of our ways of controlling and structuring the world.