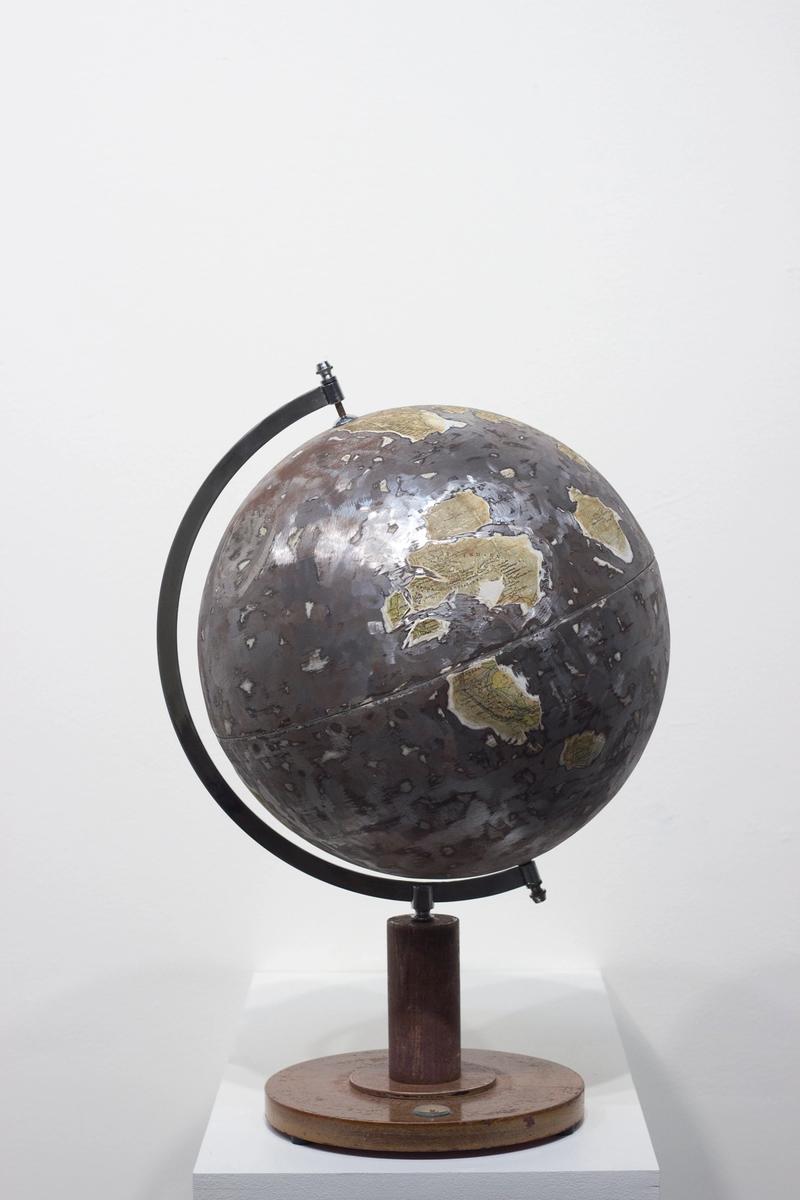 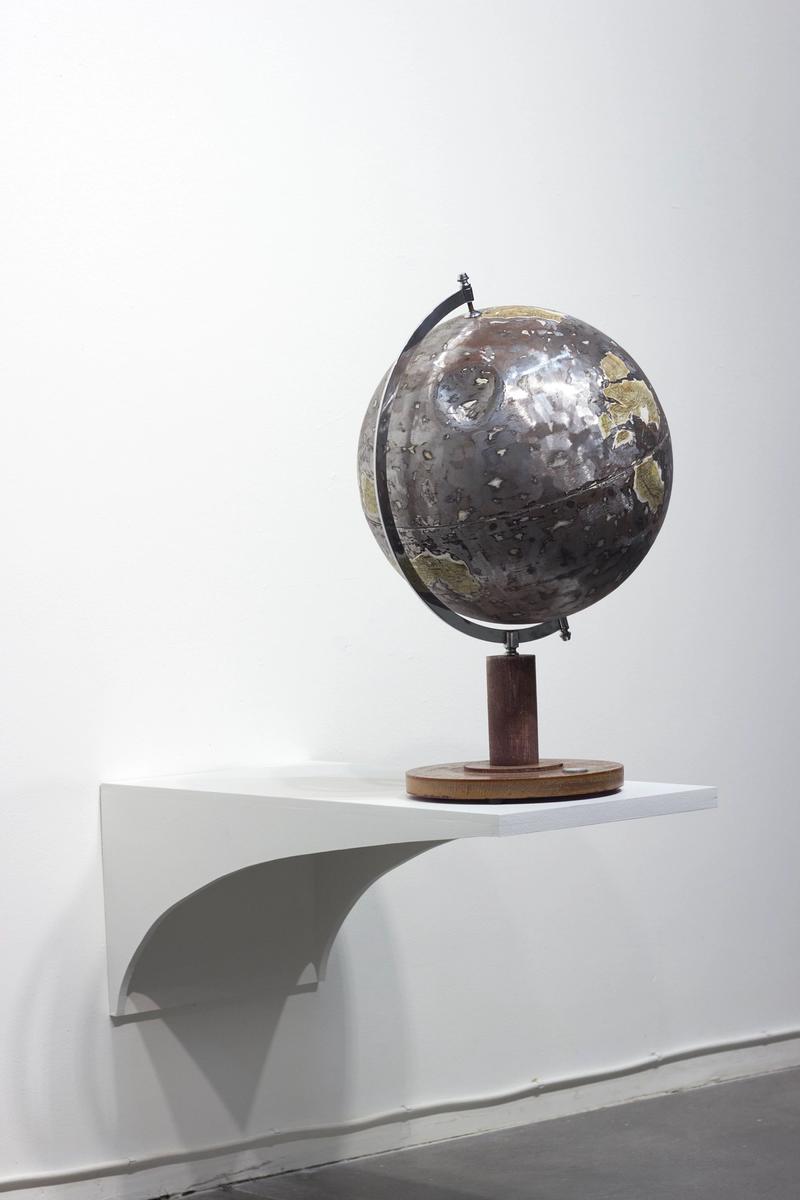 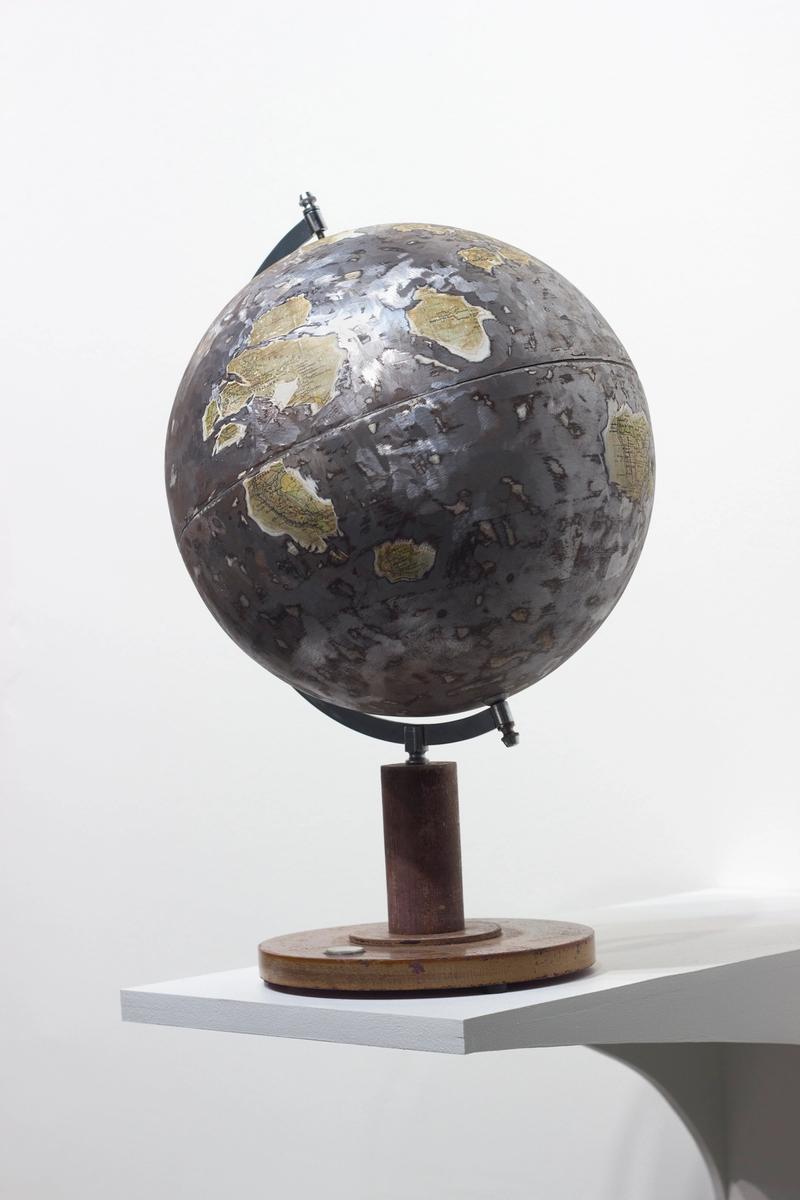 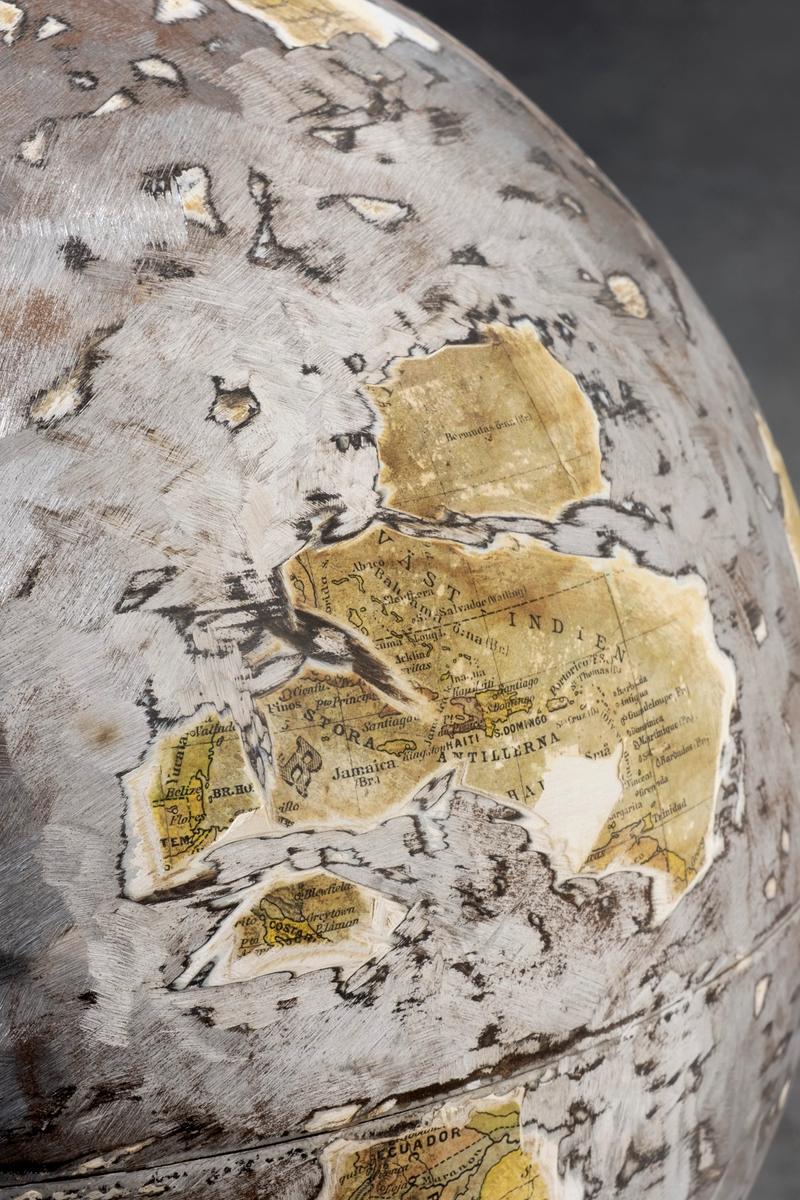 globe made of metal and varnished wood

Terra incognito means "unknown land" and was a term used during the age of discovery to describe unexplored areas that had not yet been mapped. Inc. is also an abbreviation for incorporated and is written at the end of a companies name to show that it is registered on the stock market.

The globe used here was made in 1897, at a time when the black holes on the world map had been filled in, and where large areas of the lands that had been mapped also had been colonized. The few spots left on the globe are the land masses classified as tax havens according to the EU investigation of February 2020. The violent overwriting points to a change in the political landscape, where a long history of exploitation has taken new forms, and where we gradually have come to destroy the earth we once set out to explore.