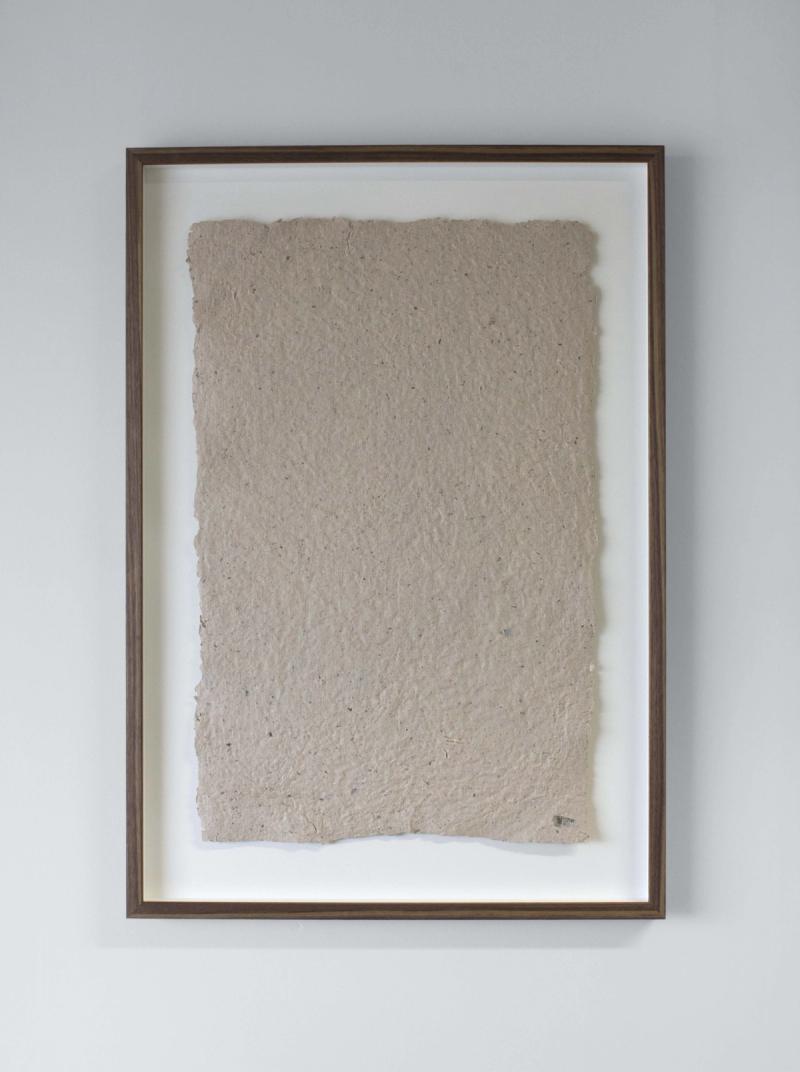 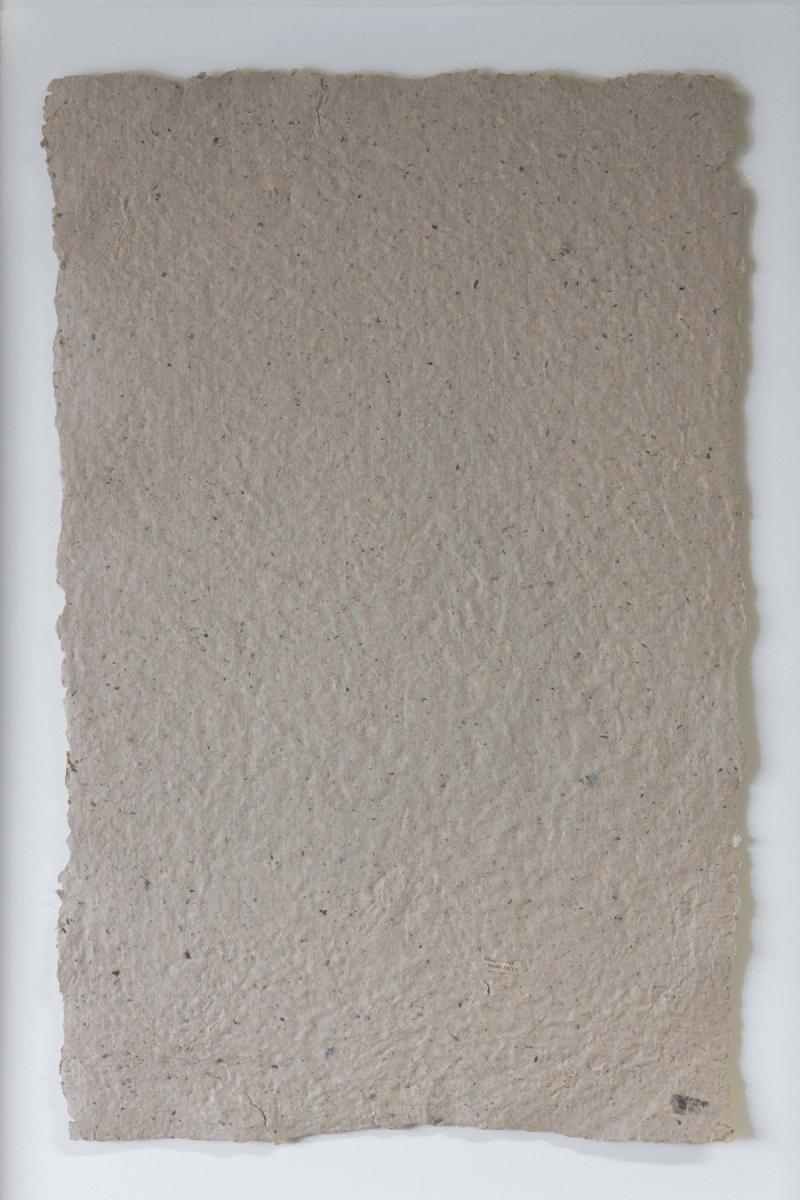 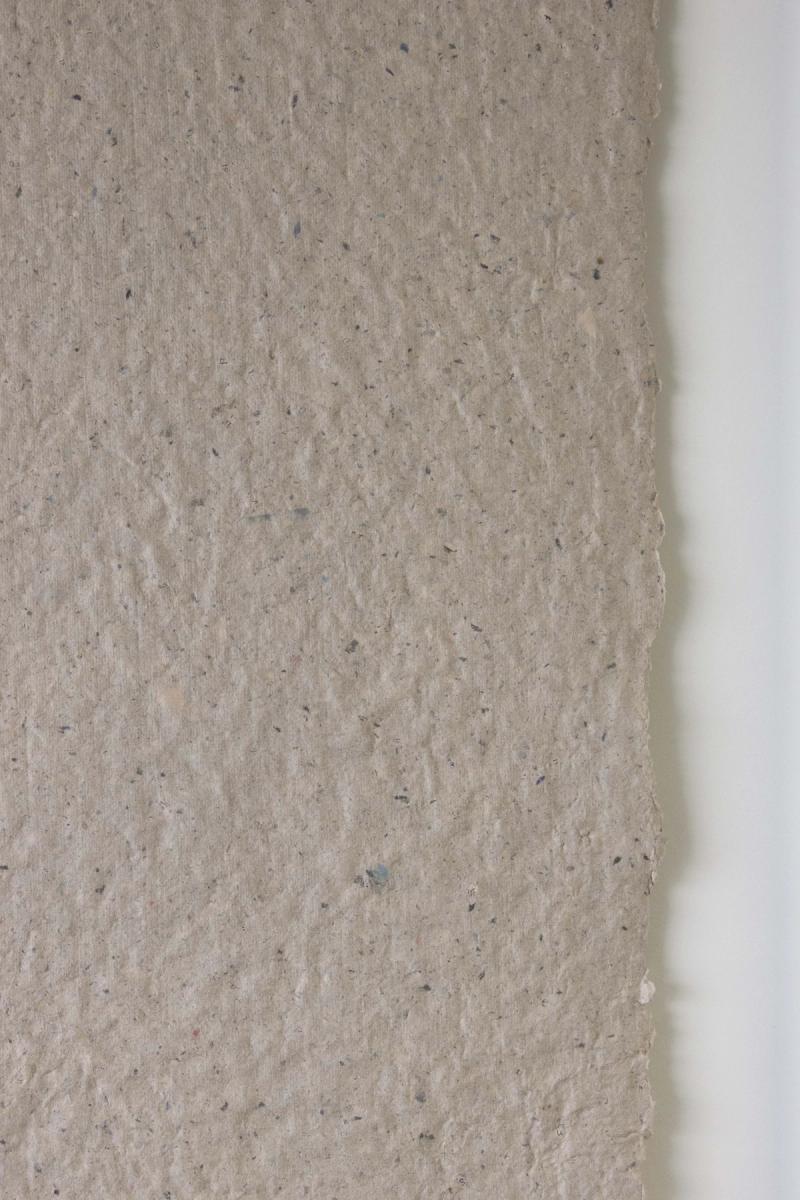 Tabula rasa is a latin phrase often translated as “clean slate”. The pulp used for the piece originally comes from an issue of the financial newspaper Financial Times published on October 3, 2008; the same day as the US government decided to pay the bill for the recklessness of the companies that, by the time, that had put the world in deep a economic crisis. The erasure of the newspaper's information can be understood as a move towards abstraction, as a forgetfulness or fading memory, but also as an opportunity for change, a chance to begin anew again, from a clean slate.

Installed in the exhibition Society, Art and Economy at Not Quite, 2022.