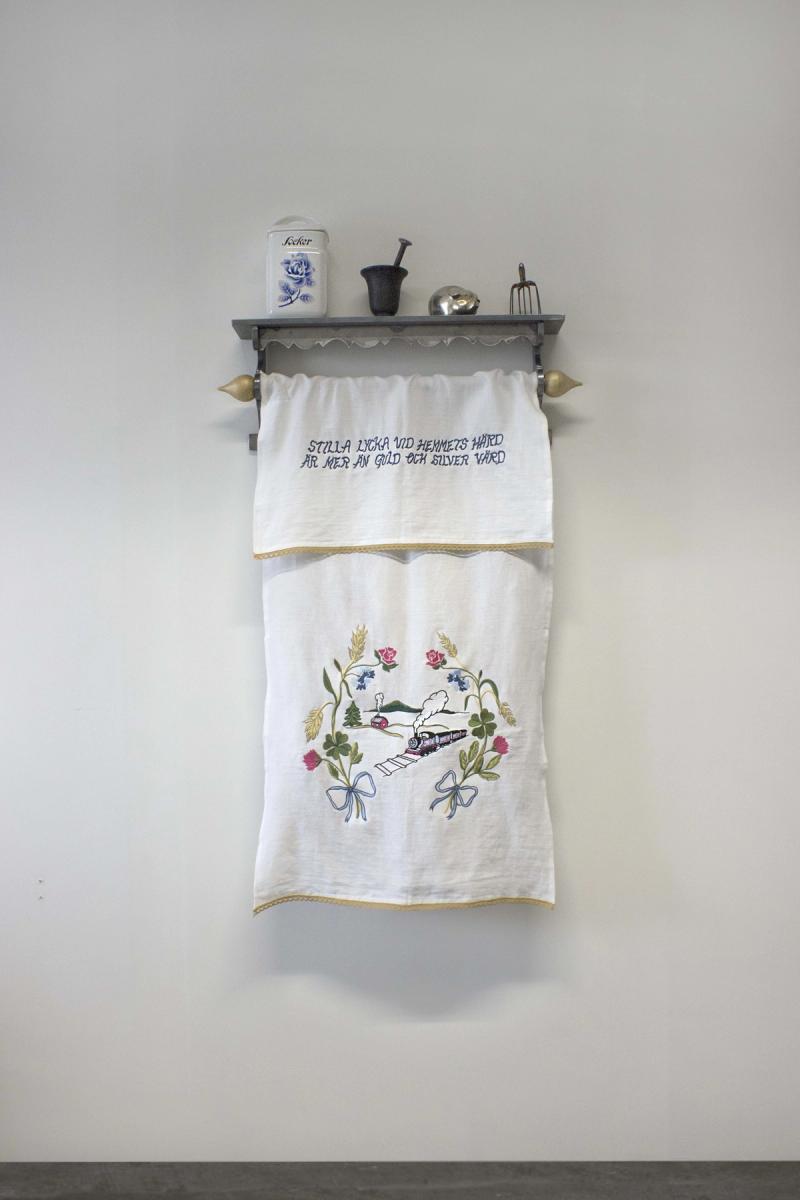 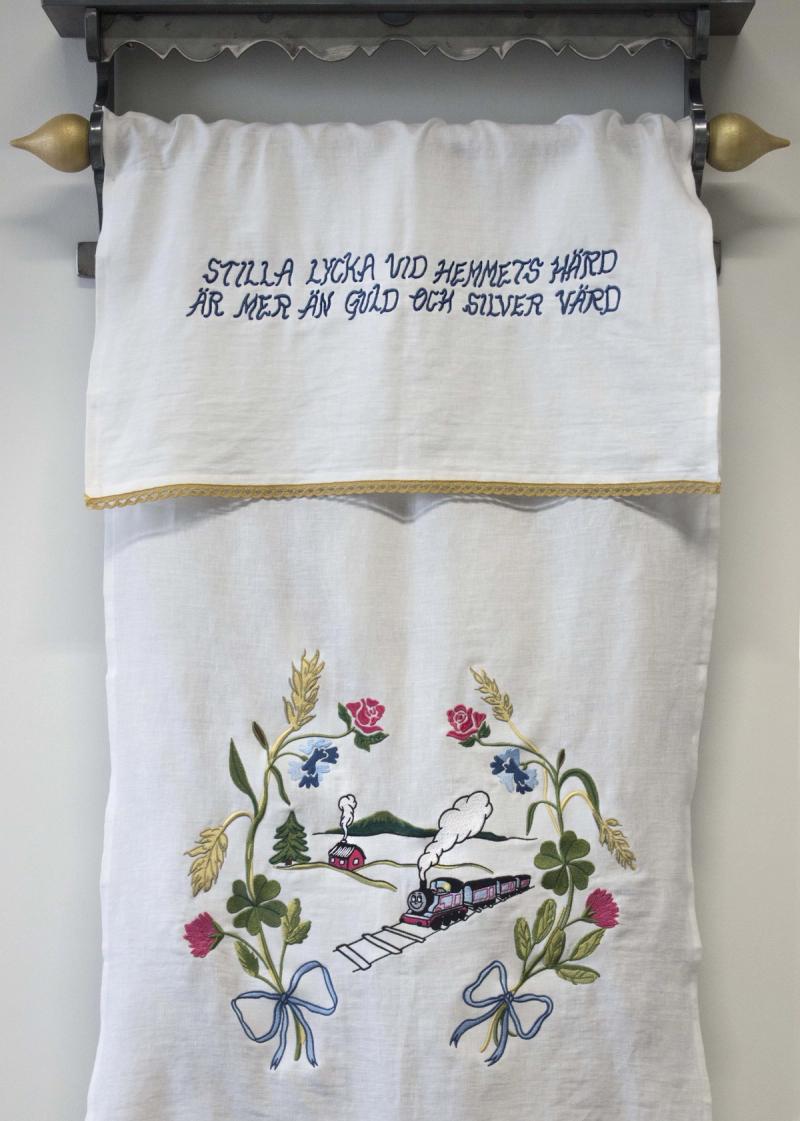 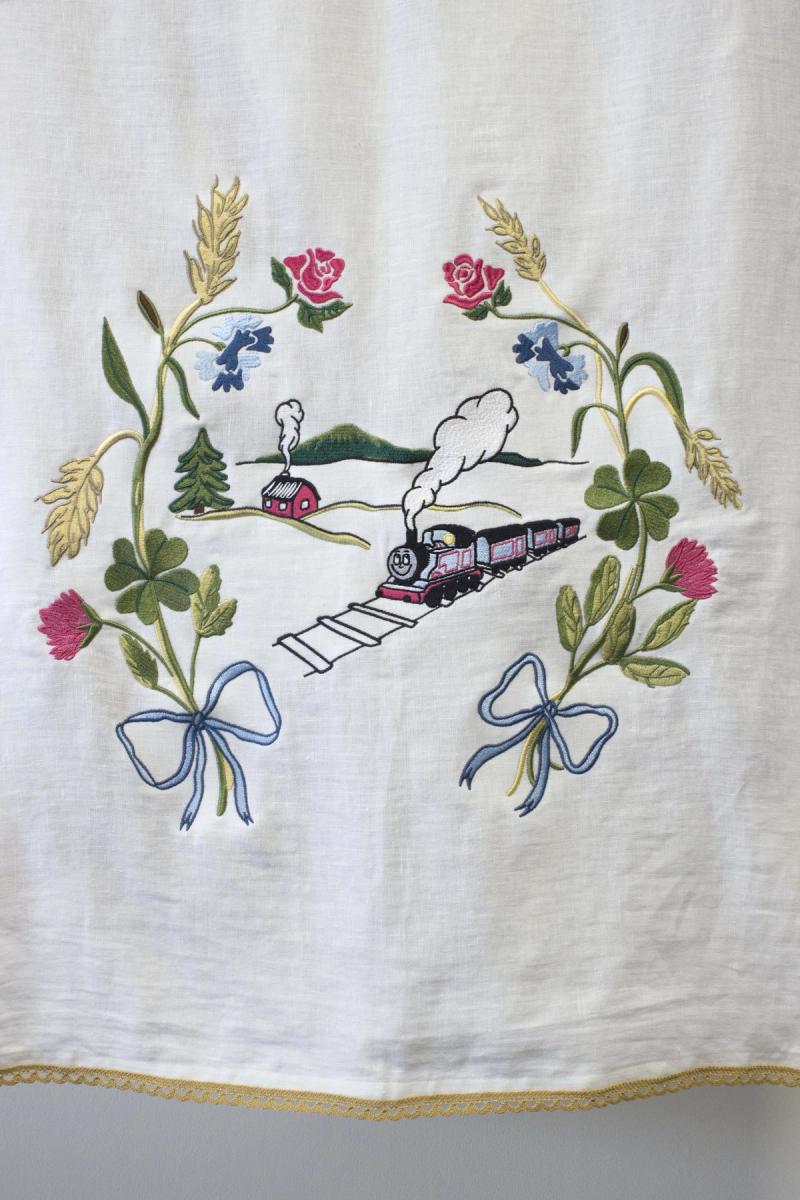 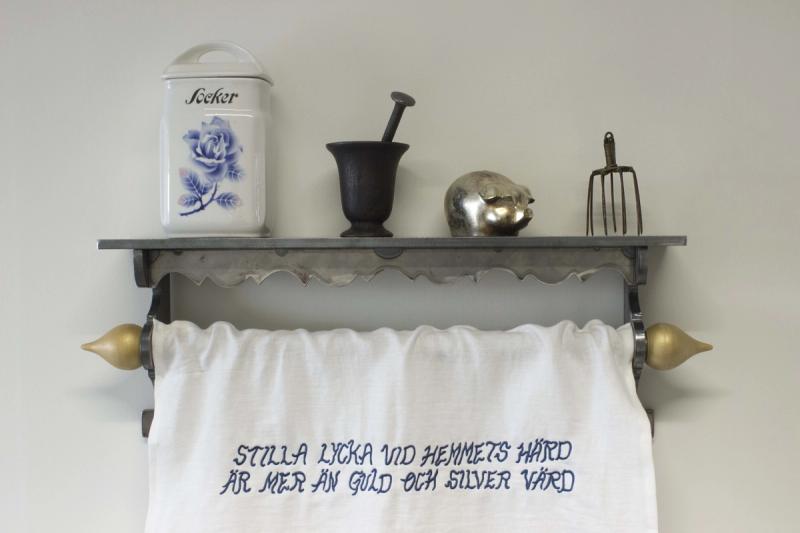 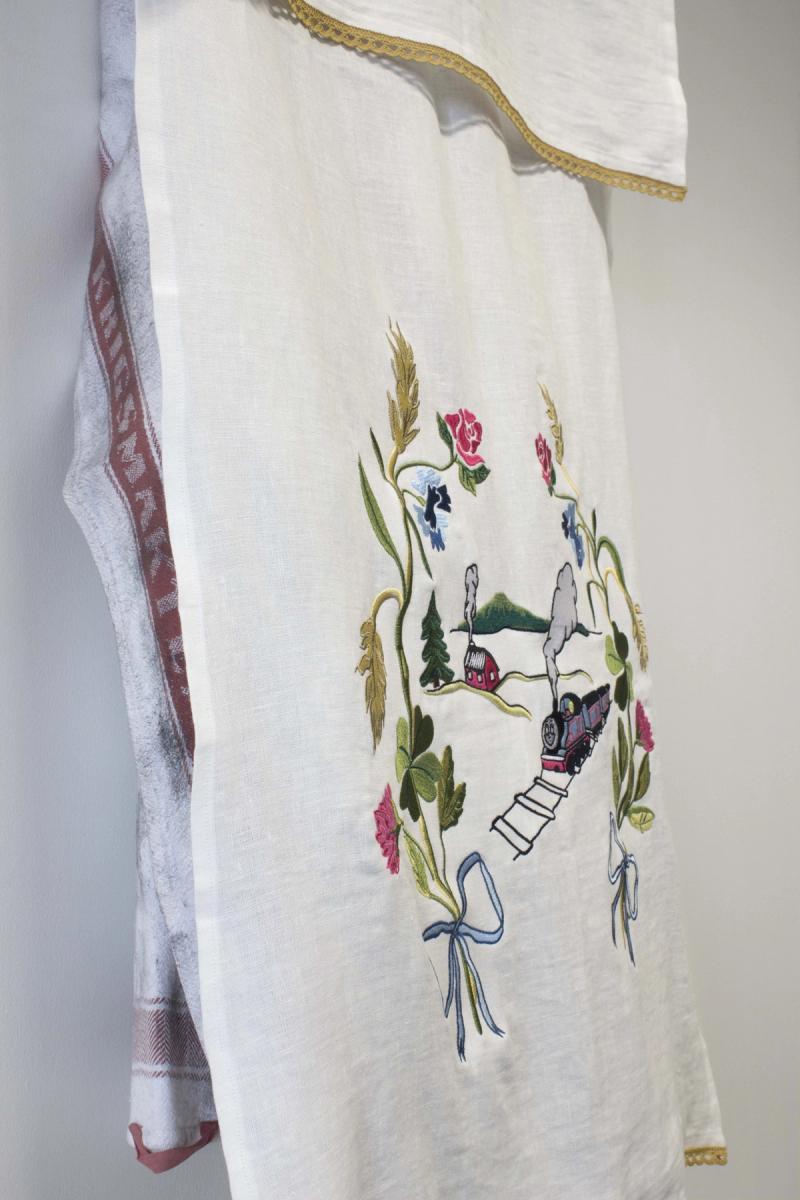 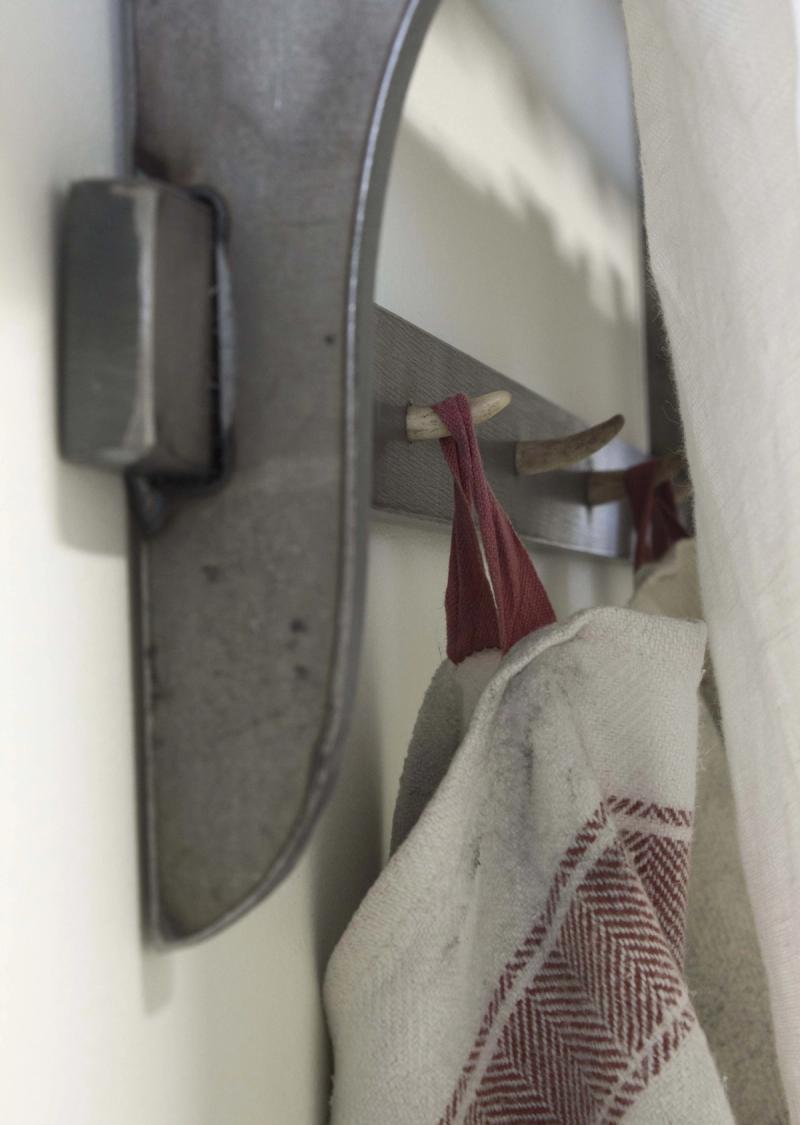 A parade towel (“paradhandduk” in Swedish) is a piece of cloth that is hung as decorative element on a shelf, in order to hide dirty towels behind it. During the 20th century, this became an increasingly common interior detail in Swedish homes as more swedes got better of during the social democratic rule, especially in the post-war period. The need to hide the dirty towels also had to do with the ideal of cleanliness that was cultivated during the time. The Swedish people were to rise from the dunes, the bodies should become clean and healthy, and all muck was to be cleansed out. For the majority of the Swedish population this came with a higher standard of living and better social services, but the dark backside of these ideals meant displaced minorities, lobotomy and racial biology.

There are different implications of the word parade (“parad” in Swedish). It can mean a military troop march and a celebratory pageant, as well as a defensive maneuver or a protective position. This ambivalence in the title alludes not only to the Swedish neutrality during World War II and Swedens extensive arms exports to other countries today, but also to the magnificent rise and fall of the Social Democratic hegemony, as other areas of conflict than class struggle has come dominate political discourse. In many ways, this work cycles around the consequences of the various answers to one of democracy's key questions: If the people should decide and if the state should exist for the people, who are then defined as the people?

Special thanks to Klara Viridén and Nisse Bergman

Installed in the exhibition Society, Art and Economy at Not Quite, 2022.