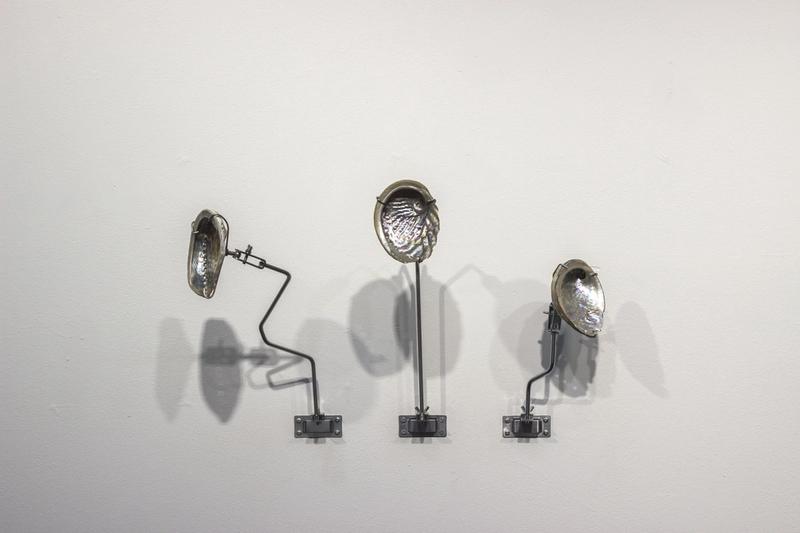 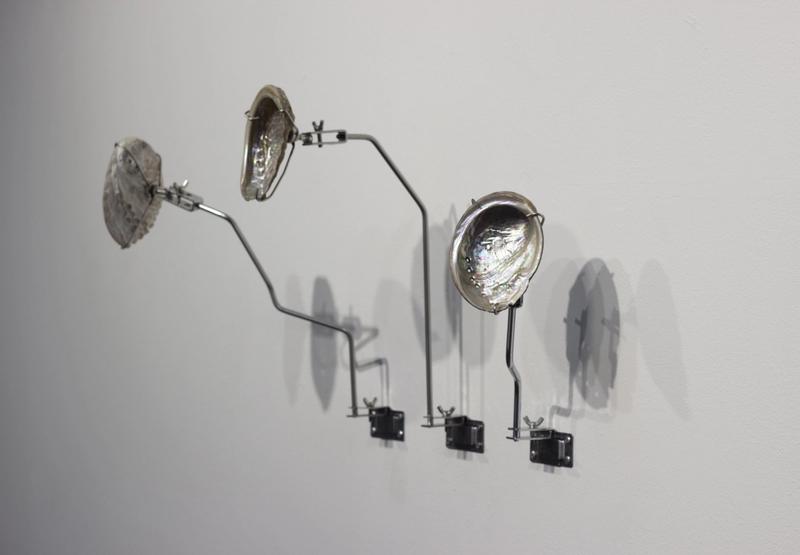 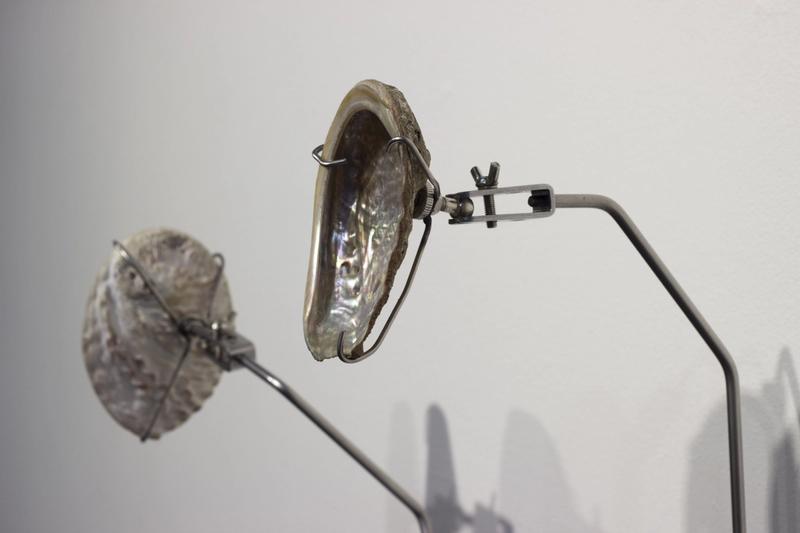 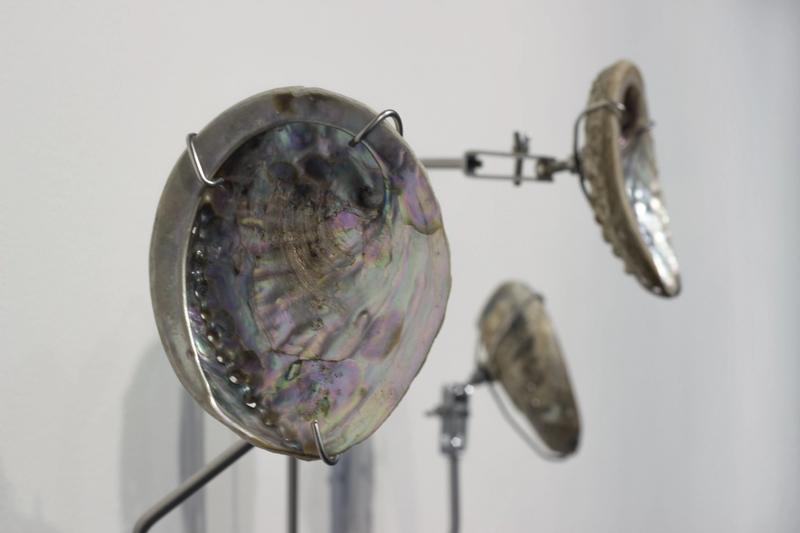 Every single whisper in a distance

Haliotis is a genus of marine snails that was first described in 1758 in Carl von Linnés “Systema Naturae”, a work which has laid the foundation for our current system of biological classification. Locally these animals have borne many different names; Awabi in Japan, Perlemoen in South Africa and Pāua in New Zealand, to name a few.

Along the west coast of North America, these shimmering shells were for a long time used as currency, amulets, and ritual objects by indigenous people, before the continents colonization. Today, in New Age circles, the shells are sold as jewelry, incense burners and gems which supposedly carry balancing, calming and protective qualities. Often these shells are leftovers from the Asian food industry, where the meat is eaten as a delicacy. Due to their special molecular structure, the shells have also come to be the objects of research within the field of genetics, where they are used to develop nanotechnology for computer chips and crystal sensors, as well as durable materials for bulletproof vest, aeronautics and biomedical equipment. Acidified seas and commercial overfishing have led to a sharp decline in population in recent decades, and many of the genus species are today endangered.

The shells used in this work come from a few different places, including one bought from a woman who used it for burning incense during ceremonies. Another is from the Swedish Museum of Natural History in Stockholm. Due to a lack of data, this particular specimen has been considered to have too low scientific value to fit into the museum's collection and exhibition.

Special thanks to the Swedish Museum of Natural History.