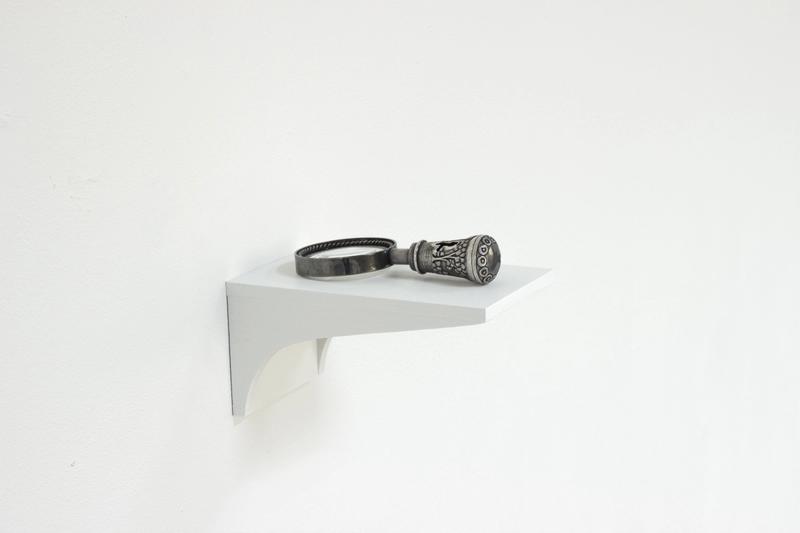 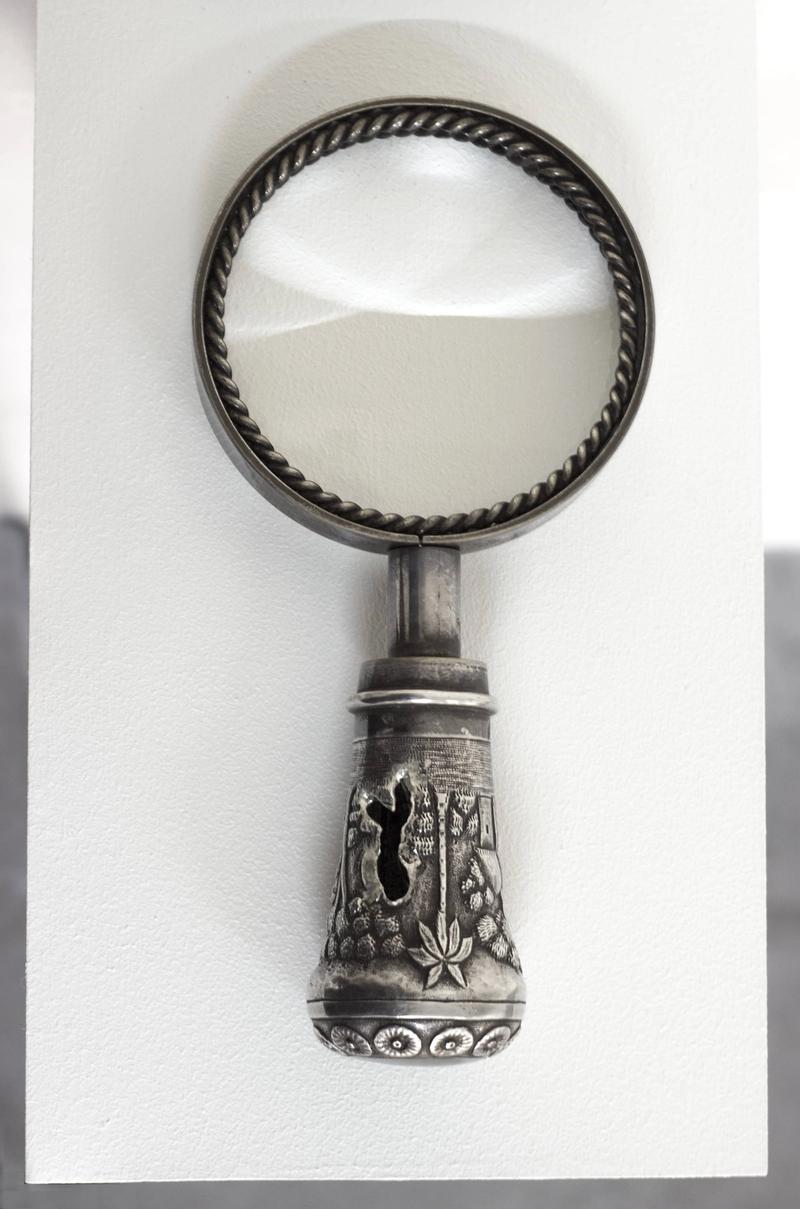 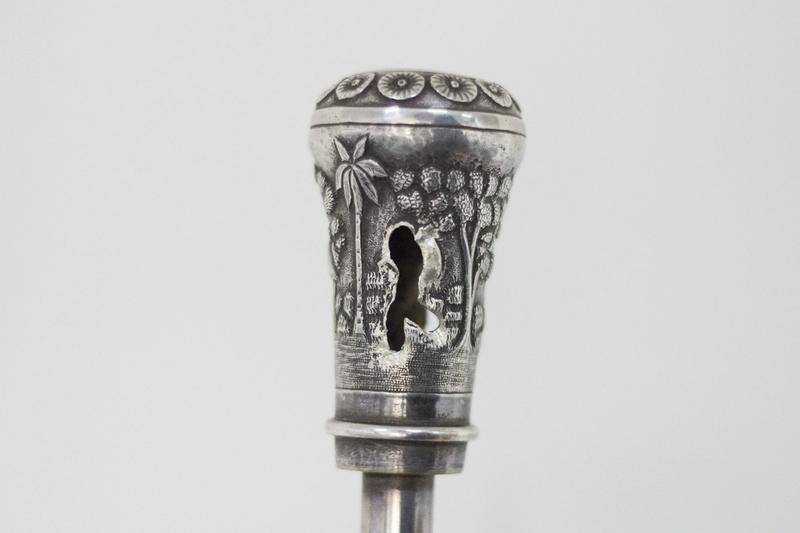 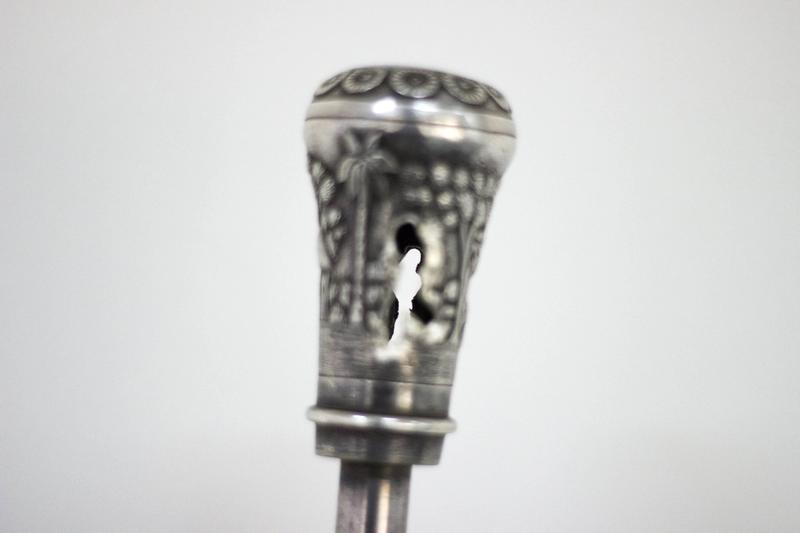 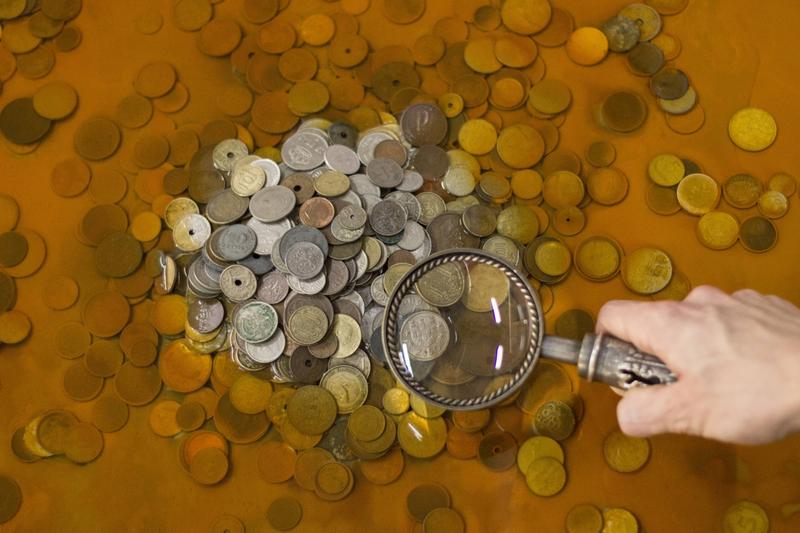 Closer away (object for examination)

magnifying glass made out of nickel silver

In the distance to the foreign there’s a void, often filled by fears and desires. Distance enables a kind of fascination that can be experienced both as exciting and frightening, something that can repel us, or attract. The magnifying glass, on the other hand, is a tool that brings the world closer and clarifies it. In a similar way, images also has the ability to bring the distant closer by portraying. Images instills a sense of knowledge and control, but just like the lens of a magnifying glass they also contain an element of distortion. By making reality into fixed a image a distance is re-established, where the real has been pinned down, and where desires and fears once again can room freely.

Despite extensive research, I hardly know anything about where this magnifying glass was produced, what place it portrays or who the person was, or is, that created it. This ignorance has made it hard for me to know how to relate to it, and has led the portrayed place on the handle to become a kind of abstract image of foreignness to me, rather than a image of a specific place in the world. It’s an image I wish not reproduce, but a problem I’ve stayed with. My act of erasing the portrayed people from the landscape is not unproblematic. It could be read as yet another meaningless act of violence, but also as a correction, a refusal against these representations themselves. The holes left in the landscape could be seen as the open wounds of a people and history that has been exploited and extinguished, as well as the mere projection surfaces for a distant gaze filled with longing.

Shown in the exhibition Ytspänning, this work was intended as tangible tool for examining the exhibition through a lens of violence and exotification, as well as an object whose inscribed intentions also were up for evaluation.